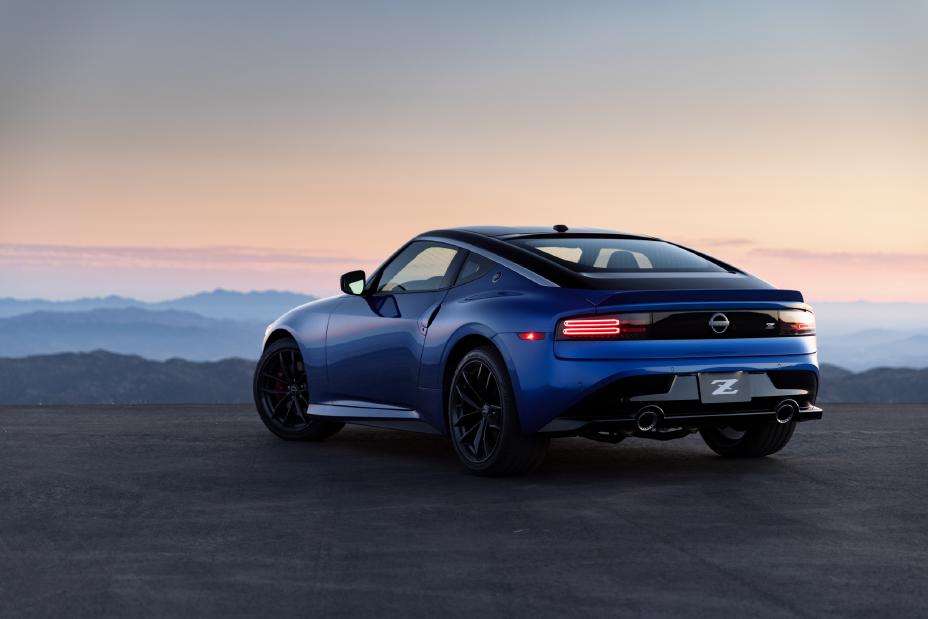 2023 Z design – past meets future
The 2023 Z boasts a fresh, sleek exterior design with an appearance that communicates respect to its lineage. Its long hood and short deck are fundamentally Z, with a fresh look that is "love at first sight." The design theme for the exterior and interior of the new Z was "tradition with modern technology."

"Inspired by the voices of thousands of Z owners and Z lovers, and ignited by internal conversations around the six generations of Z that have come before, we found ourselves gravitating towards the sketches that touched the high points of certain decades while remaining true to our vision of the future," said Alfonso Albaisa, global head of design at Nissan. "Ultimately, we created a Z that travels between the decades while being completely modern."

For the exterior, the new Z takes on a traditional rear-wheel-drive sports car design, with a long hood, lower rear stance and a silhouette that pays homage to the first-generation Z. The designers utilized the latest technologies to streamline the design, and incorporated LED lighting to give dimension without unnecessary elements. The LED headlights have two half-circles that take their inspiration from the Japan market-only 240ZG of the 1970s, which fit naturally with the new Z's identity. 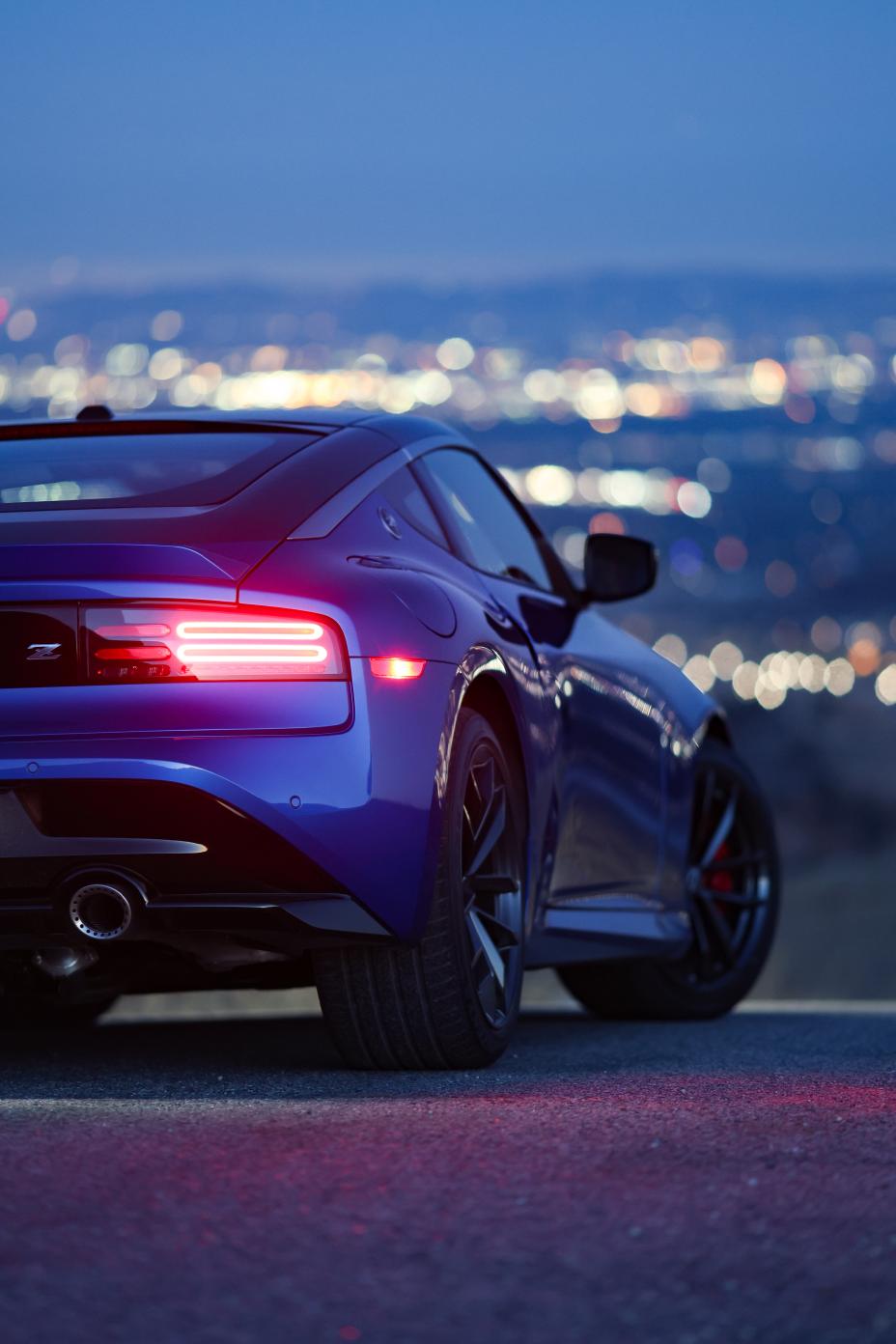 The link to the original Z is most striking when viewing the 2023 Z from the side. The roofline flows from the nose to the squared-off rear to create a distinctive first-generation Z profile, whose rear edge was slightly lower than the front fender height giving the Z its unique posture.

The signature transition from the rear quarter glass to the low-slung position of the rear tail adds to the effect. Door handles are a flush-mounted design and the rear hatch design is ultra-thin, yet with increased rigidity over the previous 370Z design. In the rear, the blister fenders smoothly direct flow air past the horizontal rear panel. The rear combination lamps incorporate modern technology into the design reminiscent of the Z32 (1990-1996) 300ZX, including new 3D signature LED taillights. The Z Performance grade features a rear spoiler that creates positive pressure where the rear hatch and spoiler meet, mitigating rear lift. The front spoiler takes advantage of knowledge gained through Nissan GT-R development to utilize negative pressure zones.