The Nissan Leaf Plus: The Plus-Sized Guide to the New Model 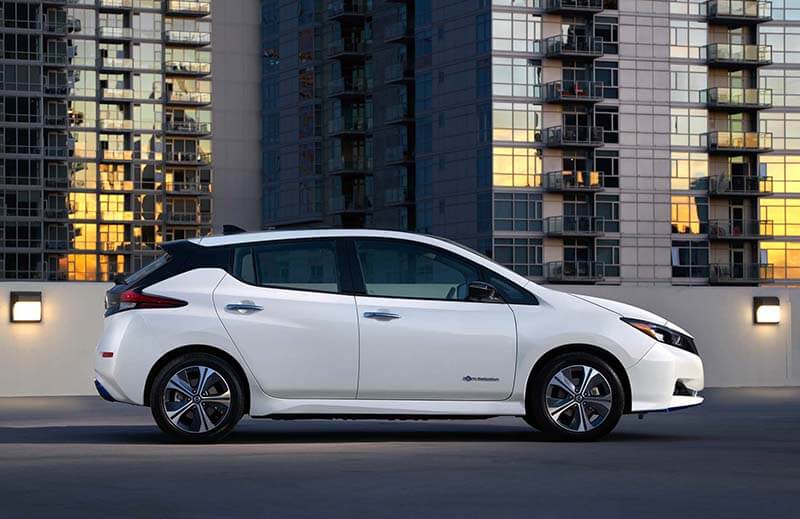 Nissan has produced one of the world's best-selling electric vehicles with the Leaf. It introduced a respectable 151-mile range to hundreds of thousands of new drivers. For many people, that was plenty to cover commutes and decent road trips.

For 2019, Nissan is adding a 'Plus' to their mileage on the Leaf. The new Nissan Leaf Plus is adding a larger 62kw-hr battery, bringing it to 226 miles of range. The 200-plus mile club is where Tesla held onto the crown for so long.

Now, we have a race, with the Leaf. Nissan has a car that is more accessible, more affordable, and, potentially, more reliable. More on that last bit later, for now, let's see what the Plus has to offer.

If you have never driven in a Leaf or similar all-EV vehicle, it's hard to describe without seeming dramatic. In terms of cabin noise and handling, it's like driving a luxury car. There's nothing but the sound of tires on pavement.

The acceleration is peppier than any other stock sedan. The 62kW electric engine delivers loads of torque, with Nissan quoting the Leaf Plus at 0-60 in 7 seconds. It seems that most reviewers have topped out at roughly 7.5, but who cares?

This isn't a racecar, it's an extremely efficient and capable electric communter car. The handling is tight, thanks to the weight being centered from the new battery. You can drive it in e-Pedal mode and extend your 226-mile range, as we saw in the previous generation.

It will take some getting used to, as you only drive with one pedal, as soon as you lift your foot off the accelerator, it starts to slow you down. This makes start-and-stop traffic your proverbial charging station. Of course, the Nissan Leaf Plus also has Sport mode to unlock more torque and faster speeds.

We found that driving in Eco Mode way less annoying than some other EV/Hybrid vehicles. It doesn't turn the car into a slower, dead-weight feel, even with the Eco-Pedal.

Pro Pilot Assist is another respectable feature of the Leaf Plus. It's not only a convenience having smart, adaptive cruise control, but it's also smart and safe. Lane-centering assist and emergency braking react expertly to otherwise unaware drivers.

We mentioned the larger battery, but it's worth mentioning that the Leaf Plus has a faster battery charge. Its fast-charge rate takes a mere 45 minutes to get you to 80 percent full. That's a full 15 minutes quicker than the previous battery.

The battery also discharges faster, which is why Nissan was able to improve the horsepower from 147 to 214. To sweeten this new battery upgrade, Nissan owners and leasees get two years of free charging with EVGo. Nissan themselves have an additional network of charges that you can use free for three years.

The No Charge to Charge (NCTC) program spans over 2,194 fast-charge locations. The Plus also comes with a portable L1/L2 charger, which saves you the hassle of installing one in your garage.

Nissan kept things safe with the Nissan Leaf Plus. The average person won't spot any differences, but you will find a few changes. The additional "Plus" decals are found on the rear hatch, with a small one under the charger port.

The front bumper has a new blue tint coloring to match the rear. That's about it, besides a slightly higher clearance, due to the added weight of the new battery. That's right, she's riding about 300 pounds heavier than the standard Leaf.

Leaf owners looking to upgrade will like the new infotainment system. Nissan upgraded it to 8 inches with a better, fully-featured system. You're getting more intuitive icons on the interface, customizable features, and a GPS map that you can resize.

This infotainment system is one of the best on the market. Android Auto and Apple Play are, of course, standard. What's more, you can use your phone to control whatever you need in your car like a remote control.

Use it to monitor car data, adjust settings, and program it on the fly. It even works with wearables and virtual assistants. The Leaf Plus eclipses the Model 3 in some areas onboard tech.

While that may sound like a lot of money for an EV, the only two comparable models on the market are the Hyundai Kona and Chevy Bolt. They are locked in at the same price points. If you want that 200+ mile range, then you're going to have to budget accordingly.

In fact, Nissan knows it's leading the pack, as they look to introduce eight more electric vehicles by 2022. If the Leaf Plus is still too small, hold your wallet, they have a crossover SUV coming in EV flavor by 2022.

Get the New Leaf Plus Today

It's hard not getting excited about the Nissan Leaf Plus. It checks a lot of boxes, especially for those waiting on the $30-35k Model 3 to become a reality. We can't even recommend Teslas, even if you have the money for the simple fact that they have huge reliability issues.

Buying a Nissan means you're getting a car with more dealership coverage, an established history, and integrity. You can buy a new Nissan Leaf today. You can get fast, easy financing of your new Leaf Plus at Nissan of Van Nuys. Fill out a finance application and you'll get multiple financing options to choose from.

Picture yourself never filling up at the pump again. Now, watch it become a reality at Van Nuys!

The Nissan Leaf Plus: The Plus-Sized Guide to the New Model - Nissan of Van Nuys